Zotac’s GeForce GTX 1080 AMP! Extreme version is one of the company’s highest-end models based on GP104, though it’s actually cheaper than a Founders Edition card. There are actually six different 1080 cards on Zotac’s site, two of which are water-cooling-specific and two of which employ Nvidia’s reference design. The remaining pair sport slightly different air coolers with their own clock rates. The simplicity of Zotac’s line-up hopefully helps minimize the confusion that often plagues line-ups with too many different versions.

Its AMP! Extreme aims for the performance crown. And while that distinction isn’t out of reach, the competition is pretty fierce. Zotac helps make its case with a bundled application it calls FireStorm, used for configuring clock rates, fans, and the LED lighting. Of course, we always test graphics cards as they arrive out of the box for fairness’ sake. 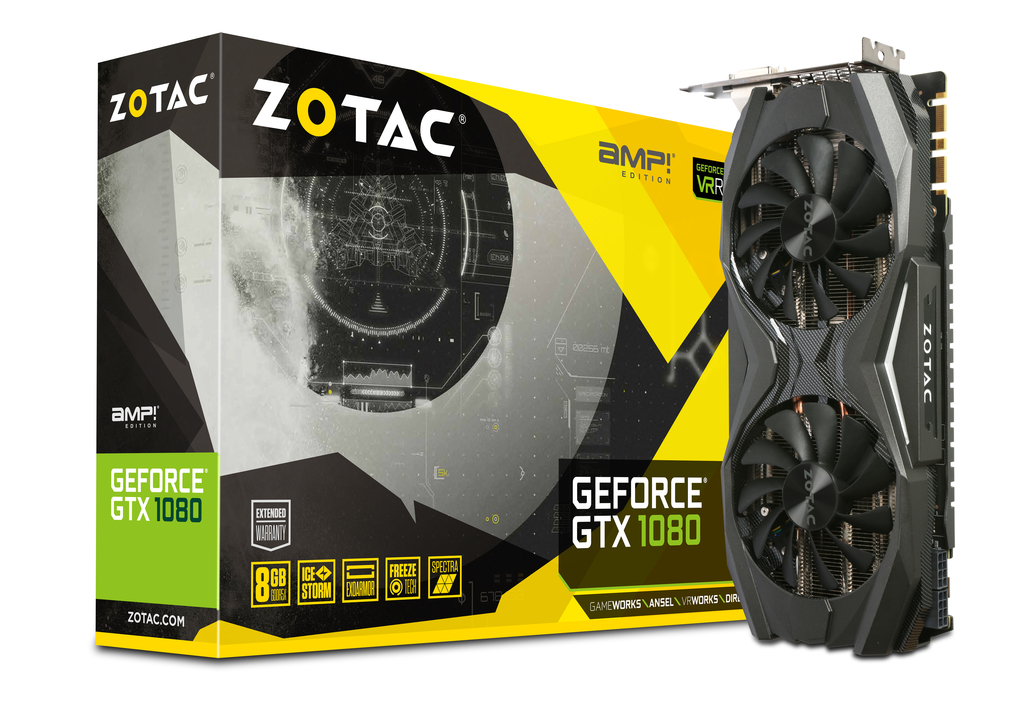 Raise the playing field with the most advanced gaming graphics card ever created. Amped with the ZOTAC technologies, discover performance, power efficiency, and gaming experiences from the new NVIDIA Pascal™ architecture. This is the game changer.

Shopping for the most graphics punch that fits in a compact PC case? Zotac’s GTX 1080 Mini is your card. It’s not the smallest of the “mini” cards on the market, but it’s ferocious for its size.

There are no reviews yet.